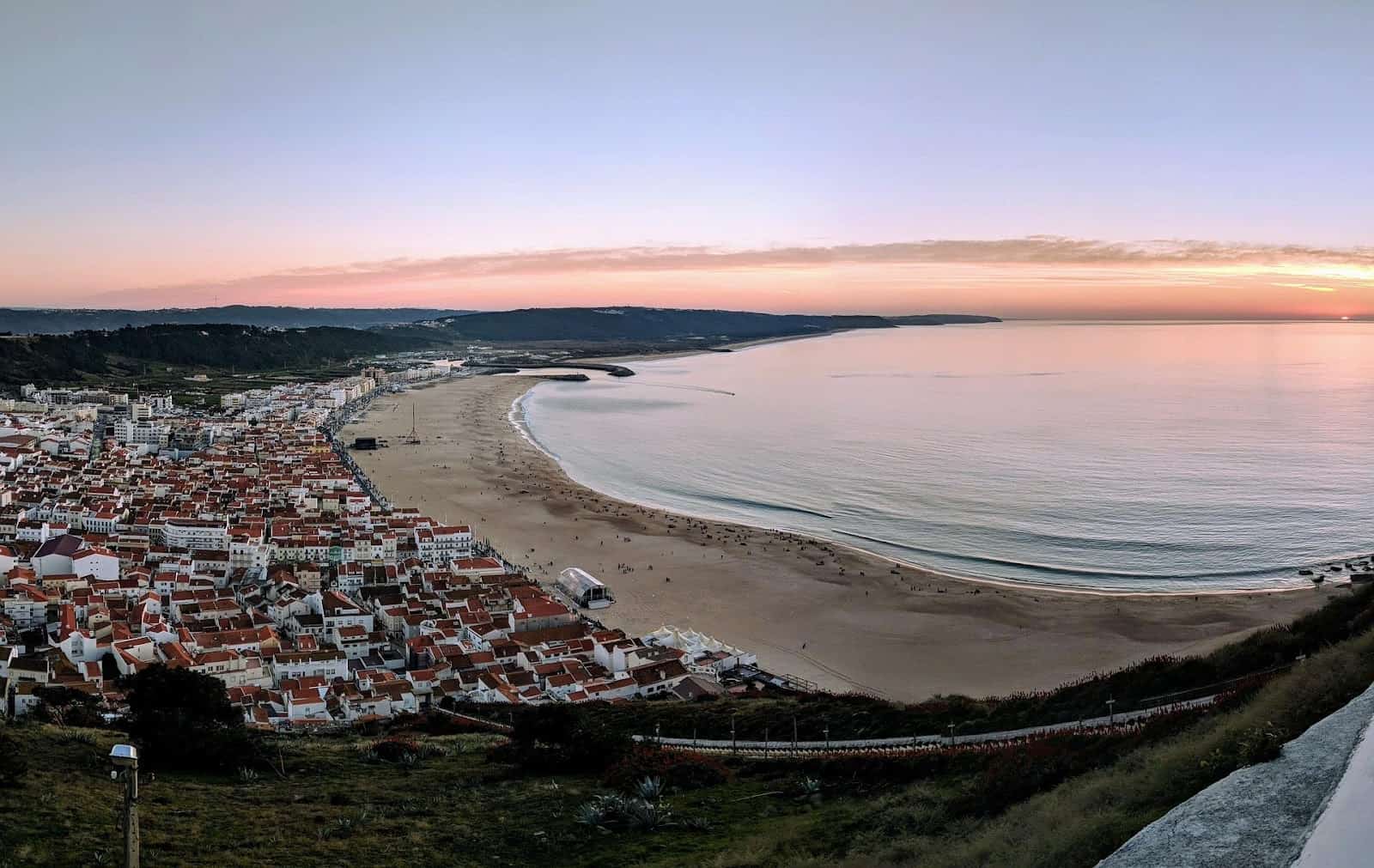 The Silver Coast of Portugal, also known as the Costa de Prata, is attractive to foreigners for various reasons. The area is known for its beautiful beaches, historical towns and villages, and mild climate.

Additionally, property prices in the region are relatively affordable compared to other coastal areas in Europe, making it a popular destination for second-home buyers and retirees. Portugal has a high-quality and affordable public healthcare system, a big draw for retirees looking to save on healthcare costs.

The Silver Coast also offers a wide range of outdoor activities, such as golfing, surfing, and hiking, and is home to several international schools and universities. The region is rich in culture and history and is home to many UNESCO World Heritage Sites.

The region is thriving, with foreign investors using the Portuguese Golden Visa to own a growing real estate industry. Other foreigners making Portugal a permanent home include retirees using the D7 residence permit or remote workers using the newly released Digital Nomad Visa.

Where is the Silver Coast in Portugal

The Silver Coast of Portugal is located in the west-central region of the country. The coastline stretches from the River Mondego in the north to the town of Sines in the south.

Major cities of Lisbon and Porto are within an hour to three hours’ drive depending on where you are on the Silver Coast. There are options to fly between cities or use the efficient rail system to travel along the coast and to major metropolitan areas. 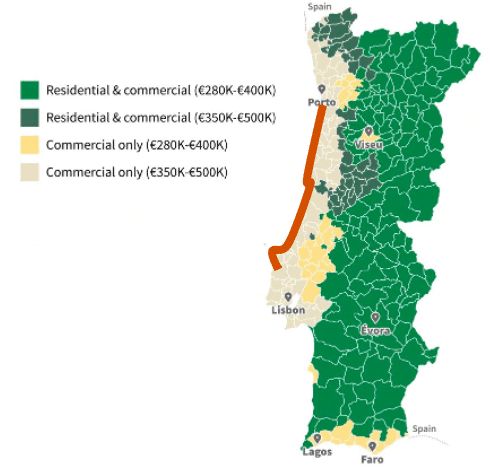 Is the Silver Coast a Perfect Alternative to the Algarve

The Silver Coast of Portugal can be an excellent alternative to the Algarve. Traditionally the Algarve is where large ex-pat communities formed in the 1990s and early 2000s, mainly from the United Kingdom. The Algarve is more developed in terms of tourism infrastructure.

The Silver Coast is less crowded, which can be a plus for those who prefer a more peaceful and quiet lifestyle. Property prices are generally lower than in the Algarve, making it a popular destination for second-home buyers and retirees. The Golden Visa is an incredible opportunity for buyers investing on the West Coast.

Peniche and Nazaré are small beach towns and home to many ex-pats, retirees, and remote workers, and the towns are close enough to commute into Lisbon for work. On the culinary side of things, there is not too much of a difference. There is a rich cuisine culture all over the Iberian coast, including both regions.

These are a few reasons why many US citizens make the Portuguese Silver Coast a primary destination to spend their holidays or to move to permanently. There is consistent growth on the Silver Coast in many of the smaller towns to provide services and products to attract additional investment.

Getting Residency in Portugal

There are multiple residence options for someone to legally reside in Portugal and live or invest in the Silver Coast. A prevalent option for US citizens is the Golden Visa.

The Golden Visa is perfect for investors who want to obtain a European residence permit and have a limited physical presence requirement to maintain their residency. 2021 and 2022 were consecutive record years for citizens from North America making investments into Golden Visas, many purchasing real estate on the Silver Coast. The Portuguese Golden Visa program is arguably the best in Europe.

The most popular option for investment in Portugal’s Golden Visa is purchasing real estate. Changes to the investment requirements in 2022 restricted some areas from being used as residential real estate. The Silver Coast is limited for investors to purchase commercial real estate for between €350,000 to €500,000. Unfortunately, investors need to look slightly inland from the Silver Coast to buy their property and can reduce the cost to €280,000.

Suppose real estate on the Silver Coast is not the primary route for an investor to obtain their Golden Visa. They can opt for making a €500,000 investment into a Portuguese Investment Fund and have the possibility for a significant return on their investment depending on market conditions over five to six years.

The Portugal D7 Residence Visa is also known as the Portugal “Passive Income” Visa, which allows non-EU citizens to obtain a residence permit in exchange for a passive income derived from a source other than employment. Typical passive income is rental income, pensions, and annuities, among other income sources that can be considered passive.

Following the remote work trend in 2020 and 2021, Portugal introduced their Digital Nomad Visa (DNV) in late 2022 with two residence options.

The first route allows up to twelve months of residence and requires applicants to have a minimum monthly income of €2,820 (four times the minimum wage of €705 per month). There is no need to open a Portuguese bank account or show deposited savings.

The second stream is valid for four months, after which it is renewable for a two-year residency permit. After two years, the resident can apply for an additional three-year residency. The minimum monthly income requirement is €2,820. However, you must have a local Portuguese bank account with a balance of at least €8,460 (and around €12,500 or more couples).

Whether someone obtains the Golden Visa and opts to spend a few weeks per year or live permanently, the Silver Coast can provide a good return on investment.

The Silver Coast region of Portugal is known for its affordable real estate options. On average, houses in the area generally range in price from €250,000 to €1 million, and a two-bedroom apartment typically costs around €100,000. The Golden Visa options for real estate in the region allow an investor to purchase apartments within a registered commercial entity, enabling a secure annual yield, potential buyback, and place of accommodation when visiting Portugal.

If buying a property is not possible for residents, they can rent a reasonably sized apartment from between €400 to €650 a month. A considerably lower amount than in the cities only a few hours away.

The Silver Coast does not necessarily only need to be for Golden Visa holders, remote workers, or retirees. The region’s real estate and population growth are having a knock-on effect on business. Savvy foreigners can open coffee shops, small restaurants, B&Bs, or event venues, or opening services-based businesses can support the growth in the region. The population growth is steady, and tourism is also growing to provide additional confidence to owners to run long-term profitable businesses.

There are several universities located near the Silver Coast of Portugal. An often overlooked return on investment when becoming a Portuguese citizen through the Golden Visa program is the ability to study anywhere in Portugal and the rest of Europe as a local citizen.

Public University fees as a local European citizen can be free, while international students need to pay thousands of Euros for tuition. It’s not uncommon for American and British students to go abroad for a semester or complete a Master’s degree overseas. Parents of international students (now Portuguese citizens) who invested in the Golden Visa can include the saved cost of tuition fees in their total return on investment.

Although European Union citizens can study throughout the continent, several top universities are very close to Portugal’s Silver Coast.

Here are a few of the top universities in the area: 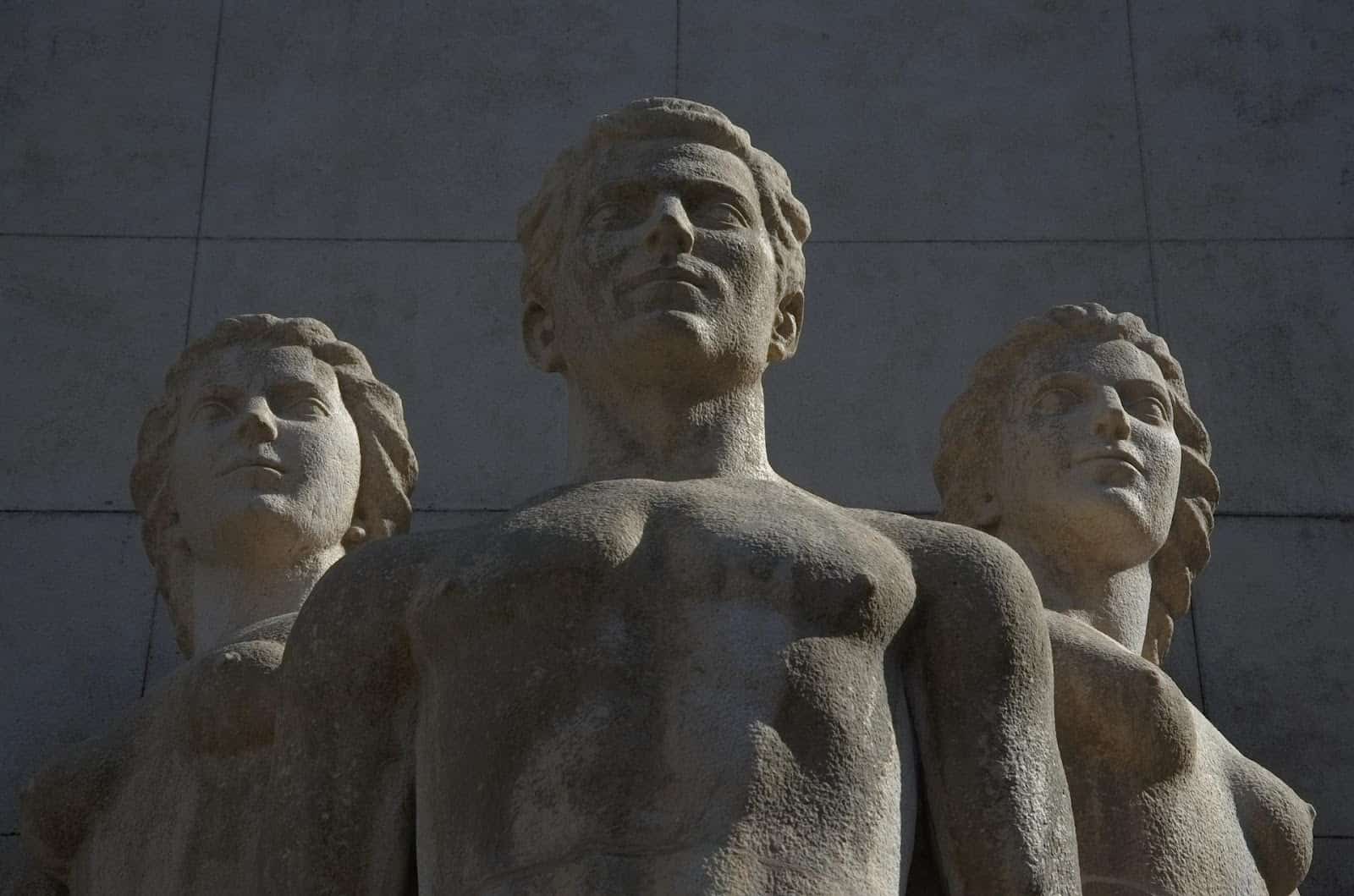 Although not on the Silver Coast, the University of Lisbon is ranked first in the country and offers an excellent international experience for students. ULisboa’s motto is “a University from Lisbon to the world,” and it is known to provide many of its degree programs in English.

Several European regions have a quiet and relaxed lifestyle, and the Silver Coast is no different. Its location is slightly more rural along the Atlantic coast, away from Portugal’s more touristy and developed areas. The Silver Coastline is less crowded (although there is growth) and more peaceful.

Other features include the natural beauty with beautiful beaches, rugged cliffs, and rolling hills. The environment provides a serene and tranquil setting, perfect for those looking to relax and escape the hustle and bustle of everyday life. There is a general laid-back feeling to the people, as life is slower on the Silver Coast.

Portugal and the Silver Coast is one of the top five safest countries in the world.

The Non-Habitual Resident (NHR) program in Portugal has a flat tax rate of 20% for foreign-sourced income for a period of ten years. However, Portugal has a wide network of Double Taxation Treaties (DTT) with other countries, which may allow some of your income earned abroad to be taxed at a lower rate or even exempt in Portugal.

Additionally, certain types of income, such as pension income, may be taxed at a lower rate or even entirely tax-exempt.

Global Residence Index has several investment opportunities on the Silver Coast to allow non-EU citizens to obtain residence in the form of the Golden Visa and reap significant benefits in the future. Investors can expect a safe return on investment and a clear pathway to Portuguese citizenship.

We are able to provide end-to-end services for other residence options to clients to allow for a smooth transition to obtaining residency in Portugal.

How do I get around the Silver Coast?

The region has a well-developed public transportation system with ride apps and buses connecting the main towns and villages along the coast. Additionally, regional trains and buses connect the Silver Coast to other parts of Portugal.

I don’t speak Portuguese. Will I have an issue communicating with citizens and other residents?

English is widely spoken in coastal towns and generally by citizens. English is taught as a primary second language at schools and spoken by most local citizens. That being said, it is always good to learn basic Portuguese to better connect with citizens.

Is the Weather as Good as I Have Heard about on the Silver Coast?

The Silver Coast typically receives 275 days of sunshine per year. The region has cool winters and hot, dry summers. The average winter temperature is around 63°F, and summers peak around 86°F or slightly higher.

How Many Citizenships Can You Have?

Citizenship by Investment Programs for Siblings

Citizenship by Investment for Families with Adult Children