The UAE Expat dilemma, should I stay or Should I go?

The UAE is a great place to live: a safe environment, great infrastructure, great jobs and great pay. But there is a point in the life of every UAE expat when they ask themselves if they should consider moving. It’s rather hard to gain secure immigration status in the country and naturalization into an Emirati is practically impossible. The UAE government tried to remedy the problem in 2018 by launching a Golden visa for business people and key workers. The initiative provided a 10-year visa for investors and a 5-year visa to property owners and entrepreneurs.

Despite those efforts, expats tend to leave in large number when comes time to form a family. And from those that stay, many will leave at some point for their children’s education or send them to study abroad. There are realities that, as much as the UAE has established itself as a haven in a region torn by war and instabilities, it’s only a ballistic missile away from having its bubble burst. The region doesn’t look anywhere close to stabilizing and the animosity between Iran and Saudi Arabia will likely continue for years, putting the UAE in the middle of an explosive situation. The region is hazardous and it’s thought that most expats cannot indefinitely repress. This reality springs back to mind as soon as children come into play.

Western countries are a big draw and many expats either look for a 2nd passport or a residence by investment program. Residence by investment (RBI) programs are economic policies put in place by a country to attract foreign investment. As a consequence of the investment, the recipient country offers the investor a resident permit for him/her to be in proximity to its investment. RBIs are the favoured way for wealthy people to relocate because they tend to offer more flexibility to the holder and they allow for their family to accompany them. In the UAE, expats have favoured family-friendly destinations like Canada for decades. There are many reasons for that.

The overall condition of women

Although the UAE is considered a beacon of tolerance in a region where women still have a secondary role in life, the laws in the UAE are not on their side. Many expats who are women themselves or couples who have daughters have strong incentives to move to countries where men and women have attained legal equality or equity.

In 2020, US News published its annual list of the best countries for women to live in. The ranking is dominated by Northern European countries, followed by popular immigrant destinations with residence by investment programs such as Canada, New Zealand and Australia.

The quality of education

The UAE is not known for the quality of its educational institutions. Although enormous efforts were made by the state to raise the level of education in the country and the presence of many private schools, the standard falls short when it comes to higher education. The best-ranked University in the UAE in the QS Top University ranking of 2021 is Khalifa University of Science and Technology and is placed #211 on the list. The highest-rated university in Dubai, The American University in Dubai, is only placed #601-650. It’s no surprise that many expats decide to send their children abroad for university.

Places like Montreal in Canada have long been favoured by expats for their great universities, affordable cost of living and safe environment. Annual fees for international students were roughly 15,000 USD, so instead expats would apply for the Quebec Immigrant Investor Program (QIIP) to gain permanent resident status. It enabled their child to pay only 2,000 USD a year and be a Canadian citizen by the time he or she graduated. Unfortunately, the QIIP has become so popular that the line for it is long. Today, processing time takes around 5 years. This is why many investors now favour Immigrant Entrepreneur Programs to gain entry into Canada as they can deliver in permanent residence after only 1 year.

The cost of living

The quality of education needs to also be considered with its price. Schooling in the UAE is extremely expensive, given how hard and costly it can be to attract quality teachers from abroad. As an expat, the cost of educating a child through 20 years old schooling in the UAE average 500,000 USD, having more than 1 child can be an expensive affair. Instead, with that money, you could finance your residency by investment program by buying a property in a European country and having access to a better education system at a fraction of the cost if not free.

The UAE, like many other low tax jurisdictions, starts losing their appeal when you have children. Cost of living, healthcare and education tend to eat-up the financial benefits of not paying tax. Especially since many western countries suffering from low fertility rates tend to offer tax benefits to families. For example, in Canada, the tax rate on a 100,000 CAD annual income for a family of 4 averages just 20%. Furthermore, permanent residents are not obliged to be tax residents.

Freedom and the legal system

As safe and secure you can feel in the UAE, expats know not to get on the bad side of a local. The law is most often on the side of the local and it can raise questions on the impartiality of certain aspects of its legal system. As an expat you are a guest and you are often reminded of that. You have to turn a blind eye to the conditions of certain migrant workers and the lack of freedom in the country. The Freedom Index by Freedom House, the most reputed ranking of such, place the UAE towards the bottom in term of political freedom and civil liberties.

This is a reality in the UAE, is that it can be a great place to live and grow your wealth, but it starts losing its appeal when you have kids. And often, you won’t have that peace of mind until you secure your plan B. That is a permanent residence or citizenship of a first-class country. The positive is that if you live in the UAE, you can easily find professional help to help you apply to a residence by investment program or citizenship by investment program. What are our suggestions? 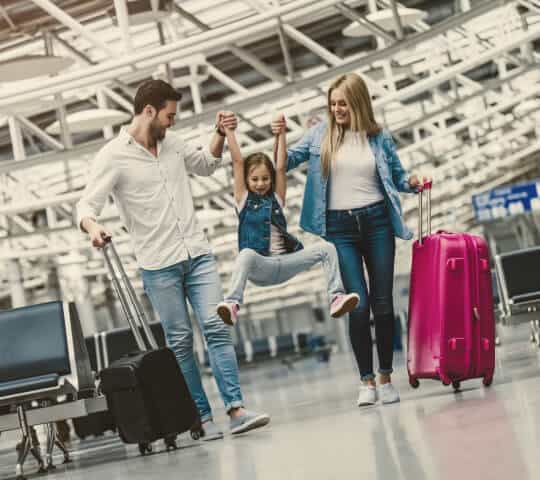 Why St. Kitts & Nevis is Highly Sought-After for International Banking